GAZ COOMBES "It’s probably one of the greatest days in United’s history and I was there watching it." Gaz Coombes on Manchester United...

After two decades as the front man of one of the defining bands of Britpop, Gaz Coombes is now three solo albums in to his post-Supergrass musical journey. Following 2015’s Mercury Prize-nominated Matador, the summer of 2018 saw Coombes release World’s Strongest Man, a delicate exploration of modern-day masculinity that is as personal as one might expect of an album recorded in the home he shares with his wife and two daughters.

Critically-acclaimed and labelled by many as his best work to date, the record isn’t afraid to broach the unsettling political and social environment of our times (“In a time of separation / Paralysed by our own nation”). With that in mind, and with sport providing a welcome diversion to the world’s troubles, we speak to him about his other passion: Manchester United. It’s Matchday, with Gaz Coombes…

“I was a United fan since five or six years old…”

My older brother had all the posters and scarves in his room, and pictures of Norman Whiteside and Gordon McQueen, all these classic United players. And that just hit me. At six-years-old, I don’t know whether it was just because of the colours or because it’s my older brother, but I kind of hooked on as well. I do remember my first game actually, it was a United/City derby at Maine Road. I’m pretty sure it was 1986 and it was a 1-1 draw. My first game, at Maine Road of all places.

Ron Atkinson was probably the first manager that I remember really well. He was real old school, sheepskin coat, sunglasses on the sideline. Definitely the end-of-the-era style of that sort of manager. Funnily enough when I got into a band, I probably had my fair share of sheepskins and aviator sunglasses when I was in my twenties… 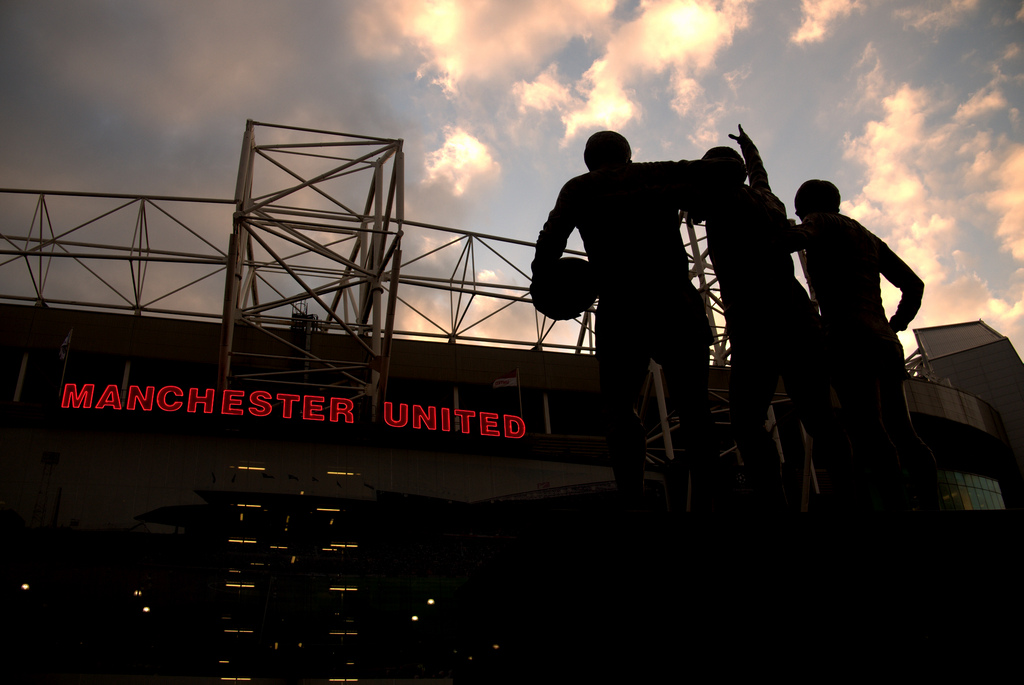 “I started supporting them when they were pretty ropey…”

This is my line when people have a go at me for supporting United. They were in the lower reaches of the First Division, this is before Fergie, so we had the great history of George Best and Bobby Charlton, but I remember it being a real struggle when I first started to support them, all my mates were Liverpool fans.

I loved the 85/86 kit with the two little white stripes going down the shoulders. It’s probably just down to that period of my life, being a kid and buying all the kits. I can’t remember the last time I bought a United kit, but that was the one for me, it was always most iconic. I guess it’s just combined with the great players at the time.

“I was pretty obsessed with Bryan Robson…”

He was my hero for sure. I think it was probably combined with that Spain ’82 World Cup as well, Robson had a great World Cup for England. He was like Captain Marvel. He was such a leader and so passionate on the pitch, and even the way he wore his shirt hanging out at the front. Whether that was something he did on purpose or how he ended up after 60/70 minutes, but it was always socks down by the ankles. That whole time was just when I was just starting to get into football.

And a bit later on Cantona was another one for me. He would just light up a game and do something special and I think we hadn’t really seen that at United. We had saw some great players through history and certainly through the eighties there were some great players, but I guess he was the first superstar for me in a way. He could do something genius at any given moment and that was pretty amazing.

“I went through Europe a little bit…”

Four or five years ago I went to some of the European games and I actually went to a mad one in Lille which was insane, it actually ended up pretty bad. There was a bit of crowd trouble and I managed to escape the terraces before they threw the tear gas. That was a different kind of feeling, that was quite intense.

The away games are great. This is quite a few years ago now, I remember when Reading were in the Premier League I went to the Madejski Stadium. It’s a great stadium, it’s tight and compact and close to the pitch. It was a 1-1 draw in the end, but I watched Ronaldo place this shot into the corner, and that was great to see Ronaldo score live in the flesh. The atmosphere in the away end at that particular stadium was amazing. I’ve been to quite a few grounds, White Hart Lane and Anfield and all of these, but for some reason that game really had an impact.

And I just had never experienced something like that in a match. I mean it was a horrific game. It was really tough to watch, and we didn’t play well, it was just a bit stop-start and there wasn’t much flow to it. The last five minutes I think was like a play or a film, it was just such a mad ending to the game like proper Roy of the Rovers stuff. But definitely unforgettable.

I had been drinking this dark Spanish beer all day, getting way too overexcited that we were in the Champions League Final. I remember at half-time I had this pumping headache and with the bad performance I had just had enough. I had given up. I was with my wife who was sat next to me and she was like “no, we can still do it” and I was thinking “no that’s bollocks, there’s no way.”

Those three historic minutes happened, and it was really quite insane. I feel really lucky to have been there. It’s probably one of the greatest days in United’s history and I was there watching it. So that was pretty awesome.

“I try not to big things up too much…”

It’s like that classic one when England are playing at the World Cup and you arrange a big do around your house, you have all the bunting up and England lose 1-0. I don’t know, just from experience I try not to big up the game too much. I wouldn’t say it’s pessimism but it’s more of a pragmatic approach to match day that helps. Keep it nice and level and not get too carried away.

“I often pop into The Bishop Blaize…”

That’s around the corner [from Old Trafford]. I’ve got a friend who often gets me tickets, a guy called Pete and I’ll meet him there for a pint. I’ll be walking to the place and it will be insane, it’s like the away end already. It’s all the guys who are getting all the terrace songs together and they’re trying out new material for the game. It’s a mad environment, especially if they start recognising you.

There’ll be tanked up guys shouting “Alright Gaz, how you doing mate!”. But I often went to the away games, so I would hang out with the away fans and they all would take me under their wing I guess. They would all look after their “little southern ponce” and they enjoyed looking after me. It’s great man, just the vibe. I love the away games; the United fans are great.

Whenever I go up there I like to go to Piccadilly Records and have a little look around and see what vinyl they’ve got. The Science and Industry Museum is always a cool place to doss around too, but any boozer around the corner from the stadium would do.

“Brian McClair was at my gig in Manchester…”

There’s been a few over the years. I remember running into Mickey Thomas after a gig in Manchester. This was 10 or 15 years ago and I met him in the boozer after. I think it was the one and only time I’ve traded autographs with someone. I gave him mine but he also gave me his, it was a strange moment.